Dirty Habit's distinct moods allow you to indulge your guilty pleasure, from a quiet breakfast or lunch, to a weekend bottomless brunch, or a pulsating party around our urban campfire in the hottest courtyard in DC. Our main dining room is mysterious and alluring, while our Glass House is the atmospheric counterpart. Whatever your desire, our team crafts a seamless experience, seasonally inspired by the freshest products along with cutting-edge execution. 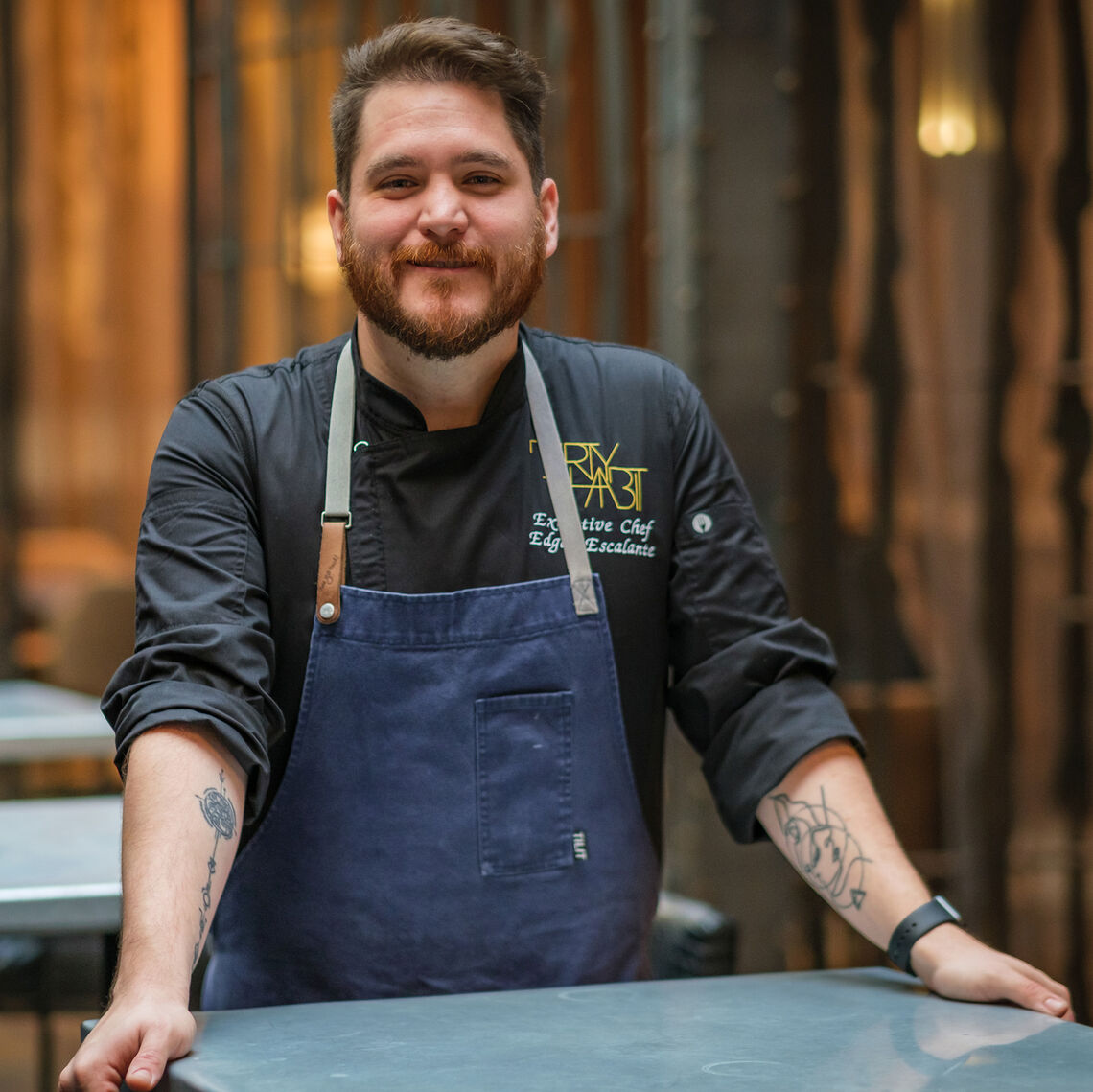 Whether he is mixing songs in his at-home DJ booth, or striving to combine just the right ingredients to make a perfect symphony of flavors in a new dish, Chef Edgar Escalante loves to create.

Born and raised in Mexico City, Chef Edgar’s love of food began at home. He grew up watching his grandmother’s cooking and at the age of 19, he decided to try for himself, beginning his career as a cook at his family’s Italian restaurant.

But while his growing passion for food may have started at home, his desire to hone his skills and further his career would soon take him around the world - starting in Barcelona, Spain, where he worked at Michelin-starred restaurant, Rocamoo.

After spending two years in Spain, Chef Edgar launched a catering business in Mexico City where he mastered the art of handling high volume production while simultaneously learning to create unique, personalized experiences for each of his clients.These learned talents proved to be invaluable during his time working under Chef Katsuya Uechi’s concept at SLS South Beach, where he ventured next.

Guests can expect the unexpected from Executive Chef Edgar Escalante’s innovative, seasonal menu. An international culinary cuisine featuring French, Latin, and Spanish techniques and an Asian flavor point of view - Chef Escalante’s menu is a tribute to his love of travel and the experiences and

cultures that have inspired him throughout his culinary journey. Washington, DC - a melting pot of people and cultures - is the perfect city for Chef Edgar to flourish.